Interconnection of Crete with Attica

The project of the Electrical Interconnection of Crete with Attica is at this time the largest investment in electricity transmission to take place in Greece, with the goal of putting an end to the “electrical isolation” of Crete from the mainland grid and covering the increased future needs of the island.

The Electrical Interconnection of Crete with Attica is the first HVDC interconnection in the Mediterranean that uses the most advanced converter technology of the Voltage Source Converter (VSC) type.

This is one of 5 projects (with VSC technology) with the highest voltage (500kV) in Europe and transmission capacity of 100 MW, which is the highest in Europe for interconnection with an island.

Routing of the electrical interconnection project

The routing of the Electrical Interconnection will start from the AD/DC converter Station of Attica, close to the Koumoundourou HVC. From there, two (2) HVDC cables will be routed underground up to the landing point of Pachi, Megara.

At Pachi, Megara, the two (2) cables will be installed at sea and continue their submarine route up to the landing point of Korakia in Crete.

From Korakia, the two (2) cables will be routed towards the terminal AC/DC converter station of Damasta and finally the interconnection with the Cretan grid will be completed through the new GIS substation of Damasta.

For the operation of the system, two (2) electrode stations will be installed, one on the Stachtoroi islet of Attica, and the second one at Korakia, Herakleion.

The project’s contractor’s are:

Prysmian, for the first part, involving the design, supply and installation of one of the two submarine cables to connect Crete to Attica, and the electrode stations in Crete and Attica.

Companies Hellenic Cables-NKT for the third part, that involves the underground cable parts that will connect the Converter Stations in Crete and Attica with the submarine cable parts.

Prysmian for the fourth part, involving the design, supply and installation of fiber optics.

The Siemens - Terna consortium, the contractor for the Converter Stations of the Crete-Attica interconnection.

It is the first DC interconnection in the Mediterranean that utilises the VSC converter advanced technology.

It is among the top-3 deepest submarine interconnections worldwide.

It is the island interconnection with the greater capacity (1000 MW) worldwide, along with Sardinia.

It is the only interconnection for which the largest cable manufacturers in Europe have joined forces. 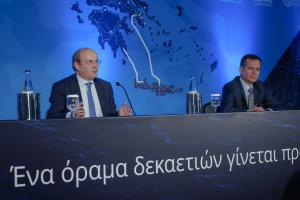 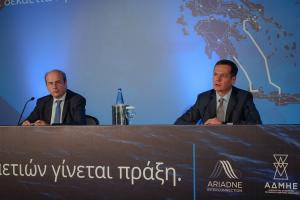 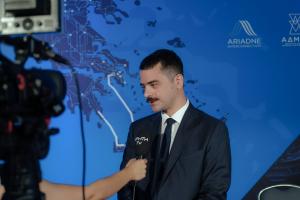 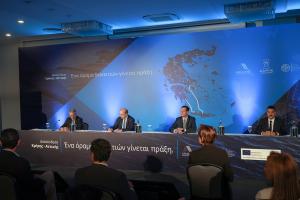