The project is part of the subsidized project "The Interconnection of Cyclades Islands with the National Mainland Interconnected Transmission System - Phases A', B'; and C'" the complete data of which are in https://www.admie.gr/en/node/115444 .

The replacement of the submarine cables Livadi (S. Evia) - Andros and Andros - Tinos is a separate subsidized project, the data of which are in https://www.admie.gr/en/node/114886 .

The Cyclades Interconnection project involves the interconnection of the islands of Syros, Mykonos, Paros and Naxos to the HETS, and the reinforcement of the Andros – Tinos interconnection, and has been designated by a Ministerial Decision (November 2006) a project of “greater general importance for the country’s economy”.

The project aims on the one part to increase the reliability of the supply of the interconnected islands and on the other to reduce the production cost (substitution of oil with other energy sources, in conjunction with the evolution of the power production mix on the mainland).

The planning of the project was based on the conclusions of the Working Group (2005) study, with participation of members of the former DESMIE, PPC (General Divisions of Distribution and Transmission) and RAE, with the appropriate amendments and updates. The planning focused on the minimisation of the environmental nuisance on the islands. To this end, the new Substations have been placed close to the coast, to avoid construction of overhead Transmission Lines on the islands, whereas the interconnection of the Islands to each other and to the mainland system is anticipated to be carried out via submarine cable connections.

Phase B of the Cyclades Interconnection has been completed in September 2020 with the interconnection of Naxos to the High Voltage System. It is consisted of the following projects:

Phase B of the project, by closing the loop between Paros, Naxos and Mykonos, significantly strengthens the reliability of the supply of these islands. After the completion of Phase B, these Islands have also secured double supply, which means that incidents such as loss of cables (N-1), during which the need to start up the Autonomous Production Stations may arise, are limited only to the case of loss of the Lavrio - Syros cable, under high load conditions. Also, by reinforcing the supply capacity of the existing interconnection with Evia, the transmission of power amounting to approximately 170 MW from Evia to the interconnected Cyclades is ensured, in the case of loss of the Lavrio - Syros cable, a volume which in general is sufficient for meeting the demand on the islands for the stipulated time frame of the project’s operation, depending on the evolution of demand for load on the islands, further reducing the need to operate the local APS units, even in N-1 conditions. 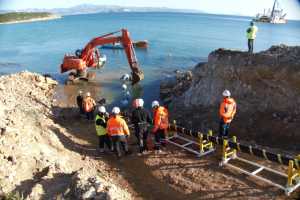 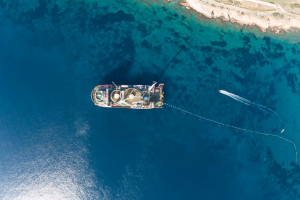 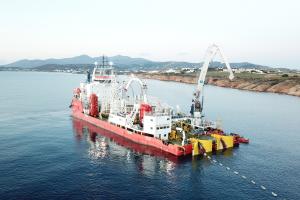 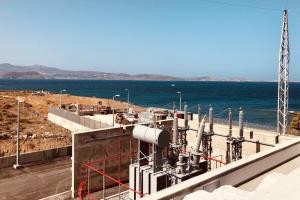 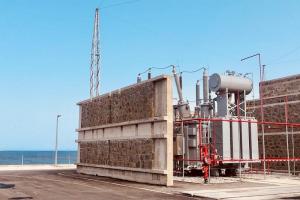 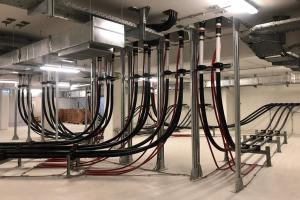 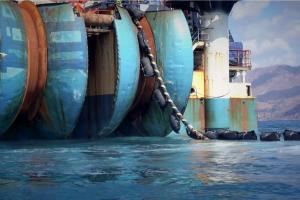 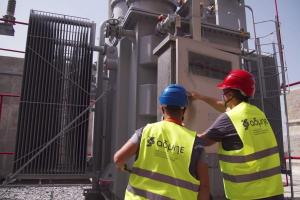 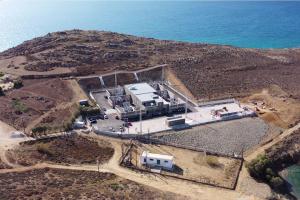