Within expected timeplan the implementation of Crete-Peloponnese Interconnection

The Crete-Peloponnese interconnection, which is expected to be completed by the end of this year, is proceeding within the foreseen schedule.

On July 8, IPTO’s management paid a visit to the factory of " Hellenic Cables ", where it was informed by the management of the contractor company that the construction of the 135 km long submarine cable is progressing normally and is expected to be completed in early September. According to the project schedule, the submarine cable laying will start in parallel by the two contractors, Fulgor-Hellenic Cables and Prysmian, in mid-September in Chania.

The project, with a total budget of 365 million euros, is implemented with the co-financing of Greece and the European Union and the lending of the European Investment Bank.

The Chairman and the Chief Executive Officer of IPTO, Mr. Manos Manousakis stated: ‘We are very satisfied with the construction process of the first cable that will supply Crete with clean, cheap and reliable electricity from the mainland. The Crete-Peloponnese interconnection incorporates a number of innovative features worldwide and despite the adversity of the pandemic, we managed to keep it on track thanks to the readiness of the Operator and our contractors’

The General Manager of "Hellenic Cables" Mr. Alexios Alexiou stated: ‘We are proud to support IPTO's long-term planning for the modernization of the electrical system, contributing with our forces to the safe supply with clean and economical power energy of the largest island in the country. This is one of the most demanding projects we have undertaken, but all of us at Hellenic Cables are working intensively for its timely and safe completion’.

The first maritime interconnection of Crete with the mainland presents a series of technological innovations. First of all, it is the largest Alternative Current cable interconnection in the world. Another innovation is the fact that the submarine cables are immersed at a depth of 1,000 meters, which makes the project the deepest High Voltage submarine cable connection with three-pole cable of XLPE insulation technology in the world. In addition, in order to enable the project to be implemented, significant innovations have been incorporated to improve cable design (lighter and stronger cables) and cable laying (larger boats and improved techniques). 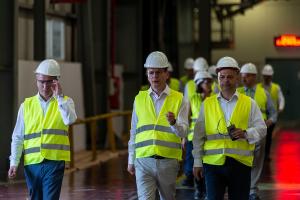 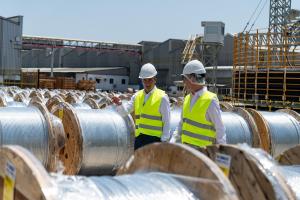 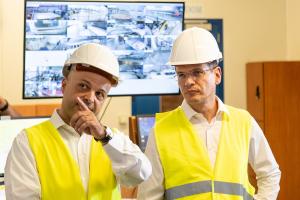 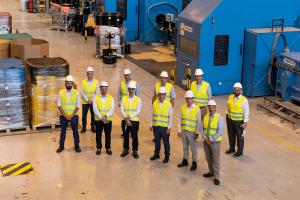 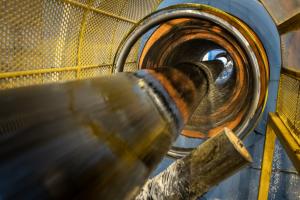 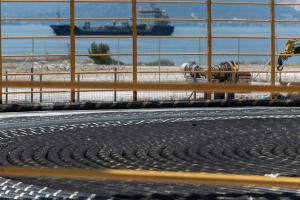 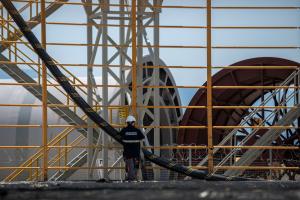