Opening for IPTO's pavilion at the 85th Thessaloniki International Fair

The pavilion of the Independent Power Transmission Operator at the 85th Thessaloniki International Fair was kicked off by the Minister of Environment and Energy Mr. Kostas Skrekas, in the presence of the Chairman and CEO of IPTO Mr. Manos Manousakis and the President of the Regulatory Authority for Energy Mr. Athanasios Dagoumas .

The central message of IPTO’s pavilion in this year’s TIF is the 5-billion-euro green investment program that implements until 2030, by which the Operator proceeds to the development and modernization of the country's electrical system.

The Minister of Environment and Energy Mr. Kostas Skrekas, stated: "The upgrade of the electricity transmission network remains a key priority and a crucial challenge on the way towards the successful implementation of our Government's strategic plan for the country's energy transition. The interconnection of non-interconnected islands, the increase Renewable Energy Sources’ penetration and the storage of electricity from RES, are at the core of our immediate plans. We are determined to make a real contribution to the common goal of making Europe the first climate-neutral continent by 2050. I am confident that our country will be able to play a leading role in protecting the environment, making the planet sustainable and reducing carbon dioxide emissions".

The Chairman & CEO of IPTO Mr. Manos Manousakis, stated in this regard: "From the podium of the 85th Thessaloniki International Fair we are pleased to announce that Santorini-Naxos interconnection begins as the tenders for the interconnection of the island with Naxos  have been concluded successfully and in September we are signing the contracts with the contractors. In the immediate future, the tender procedures for the rest of the SW Cyclades, Greece-Bulgaria interconnection and new projects to reinforce the continental grid, will follow. Thanks to our projects, 2030 will find the country's electrical system much closer to the goals of energy transition and much better prepared for the challenges of the climate crisis. Closing, I could not leave out the latest achievement of IPTO: the electrical interconnection of Crete-Peloponnese, which we will be happy to launch soon in Chania. With the successful operation of this interconnection since this summer, consumers are already enjoying better electricity services, as it is the case with all the islands that have been interconnected so far". 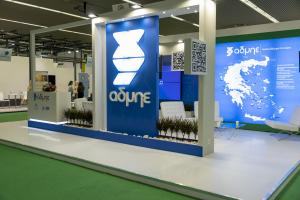 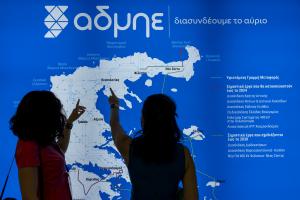 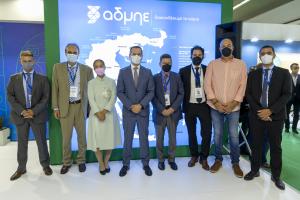