Ariadne Interconnection, a 100% subsidiary of IPTO, and Eurobank, announce the signing of a loan agreement of €400 million, for the financing of the Crete-Attica interconnection, of a total budget of €1 bn.

The managements of the three companies, represented by Mr Manos Manousakis, Chairman and CEO of IPTO and Chairman of Ariadne Interconnection, and Mr Fokionas Karavias, CEO of Eurobank, signed today the loan agreement through which Eurobank exclusively covers the loan part of the project’s financing, in a special ceremony held in the presence of Mr Gerasimos Thomas, Deputy Minister of Environment and Energy, and Ms Alexandra Sdoukou, General Secretary of Energy and Mineral Resources.

The Crete-Attica interconnection is an emblematic project, the largest energy project under way in the country, and the second largest overall, and it will contribute considerably in the financial recovery process, with especially positive prospects for the economy of Crete, which is one of Greece's most important economic regions.

Deputy Minister of Environment and Energy, Mr. Gerasimos Thomas, noted: “Signing today one of the largest loan agreements, between IPTO and Eurobank, the support of Greek Banks for important development projects of the country is highlighted in practice.  Favourable terms, of benefit to Greek consumers, with the possibility of participation of the European Investment Bank up to the amount of € 200 million at a later stage, further reducing its cost, accompany the project.  Funding this emblematic project is a clear message that the Greek government achieves its energy transition targets, where among other things the interconnection of the majority of unconnected islands with the mainland's electrical system is promoted”.

The Chairman of Ariadne Interconnection and Chairman and CEO of the parent IPTO group, Mr Manos Manousakis, underlined: “We are especially satisfied with the agreement we are signing today, since it seals the viable financing of the Crete-Attica interconnection, a landmark national project of historic importance, set on course a few weeks ago, in Crete. Ensuring optimal terms of funding for the electrical interconnection projects is a permanent objective of IPTO and we are convinced that we are signing a "win-win" agreement with Eurobank today”

Mr Fokion Karavias, CEO of Eurobank, noted: “Eurobank’s cooperation with IPTO for the exclusive financing of the Crete – Attica electrical interconnection project underlines the Bank’s commitment and capacity to be present in each and every landmark project in the country.
This is a major project for the Greek economy and for sustainable development. Besides its large and direct benefits, it fully integrates in the green transition strategy that will highlight and allow full use of the island’s rich potential in renewable energy resources. Under current circumstances it also has geopolitical significance”. Under current circumstances it also takes on a geopolitical significance”.

The common bond loan has a repayment period of ten (10) years with a possibility of partial withdrawals according to the implementation course of the interconnection.
In addition to bank lending, the project will be implemented using equity of €200 million while the co-finance of Greece and the European Union under the operational program "Competitiveness, Entrepreneurship, Innovation 2014-2020" or/and its following program, will be used for the remaining €400 million 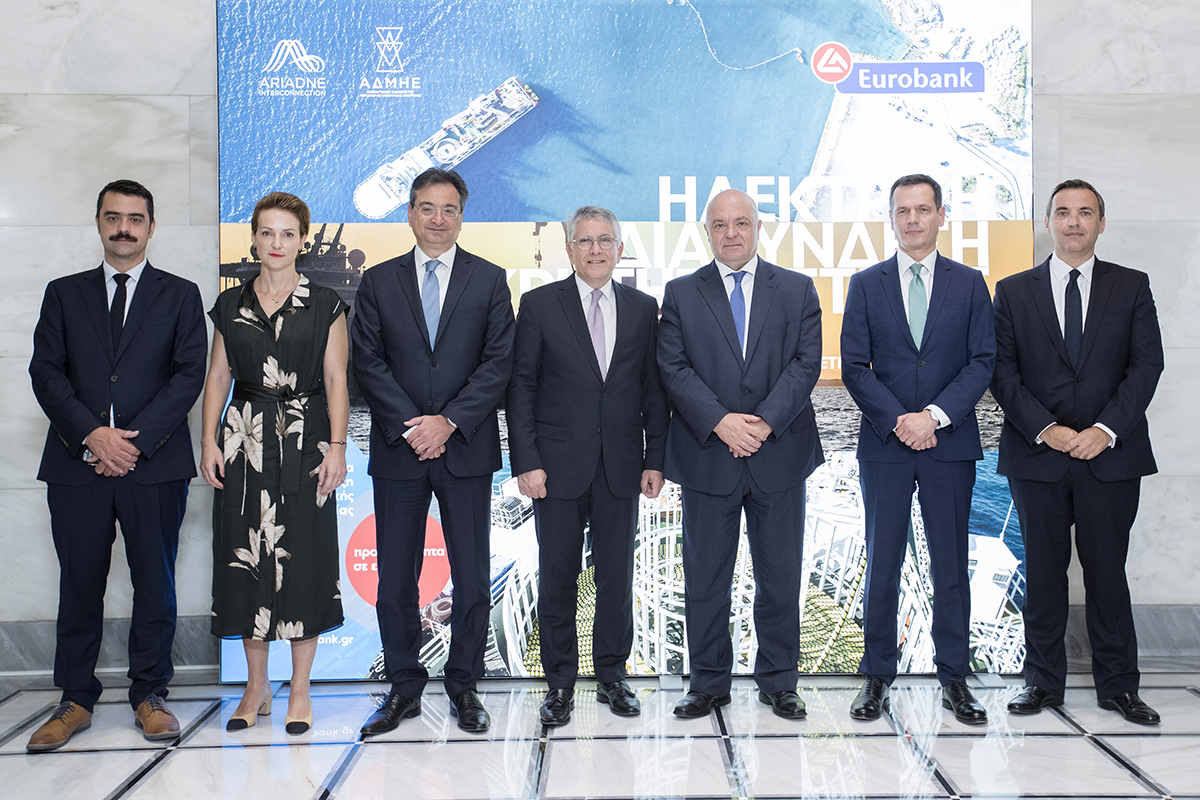 Recent Articles
27.10.2020
The Banks support the development of the Hellenic Electricity Transmission System
27.10.2020
Clarifications on subcontracting in the "Eastern Corridor" of Peloponnese
15.10.2020
The Electrical Interconnection of Naxos in the High Voltage System has been inaugurated